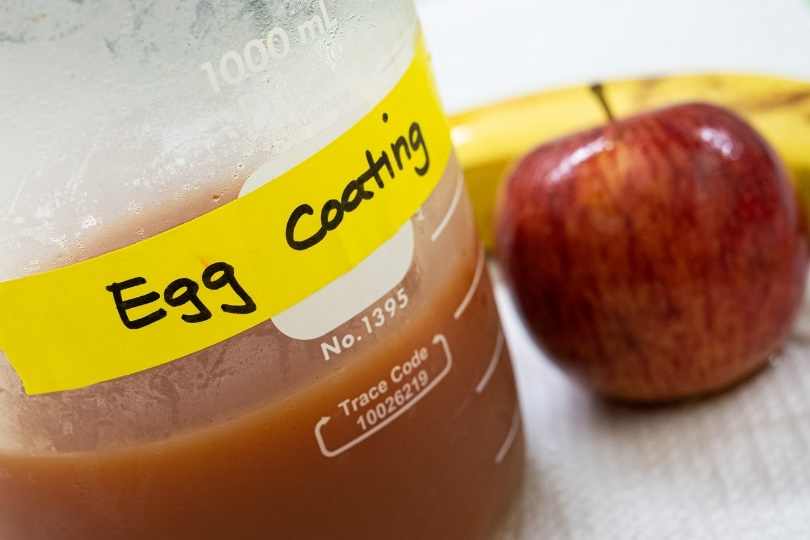 Rice University scientists have created inexpensive coatings that can be used to protect fruits and vegetables. Plus, this eco-friendly, micron-thick coating solves problems both for the produce and its consumers.

According to an estimate, more than 200 million eggs end up in landfills. Eggs that would otherwise be wasted can be used as the base of an inexpensive coating.

Despite being eco-friendly, this edible, multifunctional coating retards dehydration as well. It also offers antimicrobial protection and is mainly impermeable both to water vapor to retard dehydration and to gas to prevent premature ripening. The coating is all-natural and washes off with water.

Egg whites (aka albumen) and yolks account for nearly 70 percent of the coating. Most of the rest consists of nanoscale cellulose extracted from wood, which serves as a barrier to water and keeps produce from shriveling, a small amount of curcumin for its antimicrobial powers, and a splash of glycerol to add elasticity.

Co-corresponding author Muhammad Rahman, a research scientist in Ajayan’s Rice lab, who mentored and led the team, said, “We chose egg proteins because there are lots of eggs wasted, but it doesn’t mean we can’t use others. The team is testing proteins that could be extracted from plants rather than animal products to make coatings.”